If the banging sound starts coming from the washer then it is mostly due to some bad use or any other small reason like you have thrown extra clothes in the drum of the machine or it could be some kind of crack in the drum spyder arm.

One thing to take care of is that the washer should be placed at the level surface of the floor, if it is not at the even surface ten it will make a banging noise due to the shaking during the spinning cycle. 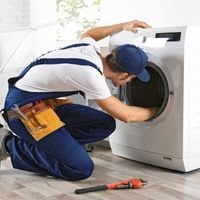 It is not easy to replace a washing machine like other small electrical appliances if they are causing some problem. You cannot go to purchase a new machine just because it is making a loud banging noise on the spin cycle.

The following could be the reasons for the washing machine making loud banging noise on the spin cycle.

An unbalanced load in the machine

When you are washing dresses in the washing machine then place the don’t place small size dresses with big size dresses. When there will be an unbalanced load in the machine then it will start making a banging noise.

Spread the clothes evenly in the drum and always place lighter dresses with lighter ones and heavy dresses with heavier ones so that the machine can wash them easily without making any banging noise.

Overload in the machine 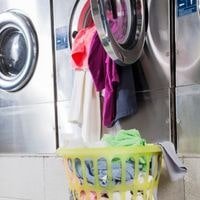 The washer drum is the main center of the washing machine as it cleans the clothes. If you will lay a lot of a load of dresses then it is difficult for a drum to spin the dresses in the washer drum.

It is very important to put enough load in the drum so that some space also remains for water and detergent to do their job easily.

If there will be more load than the capacity then it will be difficult for the spins cycle to rotate and a bang sound will start making noise due to extra pressure on the machine.

Nowadays front-loading machines are mostly used in homes but in these machines, the drum holds the clothes horizontally and spins freely.

The stainless steel drum is clutch with a drum spyder. Some washing machines have removable spyder and some have built on permanently the drum.

This spyder is failed or cracked due to rusting because it is made up of aluminum. When this spyder is cracked then it starts making a banging noise on cycle spin.

The washing machine is not at the level

If the washing machine is not placed on an uneven surface then it might be a chance that one of its wheels will not touch the ground. It is not good for machines.

It should be placed on an even surface where all its wheels are touching the ground. The washer will start making noise due to vibrating during the spin cycle.

Shock absorbers basically maintain the balance of the machine when it spins the cycle. If it is broken then it will start spinning faster and there is a chance that the drum will slam. You will have to replace the worn-out shocks now to get rid of the problem.

Why it is necessary to put less load of dresses in the machine?

Because there should be some extra space for water and soap to circulate easily to wash the dresses.

What is the reason behind the noise in a spin circle?

Water is emitted through the drain pump from the machine. When there will be clogged in the pipe then the sound will start coming from the spin circle due to the increase of water in the washing machine.

The washing machine making loud banging noises can be due to different reasons, the key thing to do in this is to stay read the manual. If you will overload the machine with dresses then it will be difficult for the spinner to spin sue to which it will put an extra effort resulting in a banging noise. It is very important to maintain the washer properly.