How to identify polybutylene pipes

These were used for both outdoor and indoor purposes.

Identification through Lettering on the Pipe

The main areas for polybutylene pipes were usually outdoors.

Polybutylene pipes were located nearby the main water shut-off valve, at the water meter. They entered the houses through the basement, concrete slab or crawl space.

Cost depends upon the size of home and type of pipes to be replaced. A house with 1 to 2.5 bathrooms costs almost $1,500 upwards. 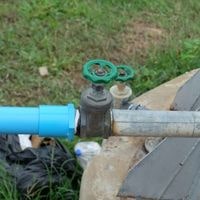 The polybutylene pipes work only for less than 15 years. After this time it bursts.

Ways to Repair the PolyButylene Pipes

The Major Issue with Polybutylene

In the late 1970s to the mid-1990s, millions of people in the United States fitted poly butylene. In 1980 several complaints started regarding the polybutylene pipes.

They were not better as copper pipes and had failed working

The people suffered thousands of dollars lost by failure of polybutylene pipes.

A class-action lawsuit was passed, comprising $1 billion for the affected peoples of the town

Insurance companies do not underwrite a policy to protect your home in case you are using polybutylene pipes.

Remember to inspect home plumbing before opting to purchase.

If you are interested in purchasing an old home, check for polybutylene pipes. If you don’t know how to locate the pipes, follow the simple procedure to identify the butylene pipes in the home. Identify the pipes through color, location, impression and shape.